enforcement and private security (1976-2016). Corey started in public safety in

1976 as a volunteer Firefighter for the Grass Valley Fire Department (GVFD).

career. He served as a Company officer, Assistant Chief both as Operations

Chief and as Fire Marshal. Additionally, he served as a Firefighter/EMT for the

Chief with the Grass Valley Fire Dept. in 1988.

including five engines, one ladder truck, one medium rescue, and

program of the retail establishments within the City of Grass Valley, maintained

a rigorous inspection schedule of the  hospital, health care facilities and

schools. He also worked with fire agencies in Nevada County to enhance Mutual

In 1990, after serving 14 years with the GVFD, he accepted a position with the

Corey reported to the Coastal Region Office in San Leandro, CA. where he was

assigned to Field Operations. As a Deputy State Fire Marshal he conducted

County including the University of California San Francisco (UCSF), San

Corey and his colleagues were assigned to conduct damage assessment of

to a  damage assessment team during the Berkeley/Oakland Hills fire.

Eldridge, CA. He managed the facility fire station with a full-time staff of

command vehicles. Given the  fact SDC was an aged institution located in rural

Sonoma County and in close proximity to the Rogers creek fault, Corey focused

much of his efforts on fire prevention, disaster preparedness, and clinical staff

training. He served as Chair of the Facility Health & Safety Committee and Chair

of the Emergency Preparedness Committee. The committee work included

and disaster preparedness, the establishment of emergency supplies in multiple

In 2005, after serving 13 years as Fire Chief, Corey transitioned into law

enforcement and accepted a promotion to Supervising Special Investigator II

(Commander) of the  Office of Protective Services (OPS). The Commander is a

member of the facilities Executive Management Team in addition to supervising

all fire and law enforcement  services at SDC, which includes the Fire Dept.,

and become the interim Chief of OPS. Corey held this position for three years.

assigned to  liaison with the OPS Fire Chiefs, conduct reviews of the

OPS emergency  vehicles, and is currently the OPS radio communications

Corey also currently works for All City Patrol Services (ACPS). He has

experience in retail security, both in uniform and undercover for high end stores

such as Coach and Lacoste, large gatherings, weddings, nightclubs and high

risk assignments. He holds a California Security Guard License and an exposed

firearms permit issued by  the Dept. of Consumer Affairs and Bureau of Security

the 21st Specialized Investigator Academy at Yuba College where he was

Chief of  the GVFD, and his grandfather “Smokey”  Smith was Fire Chief of the

Fire Dist. Corey holds  a degree in Fire Science as well as an intermediate

certificate from the Peace Officers Standards and Training (POST). 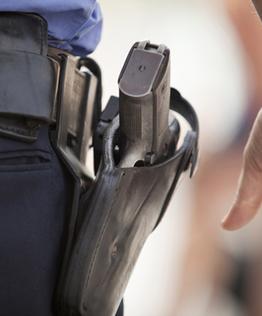 Gallery
About Us
Home 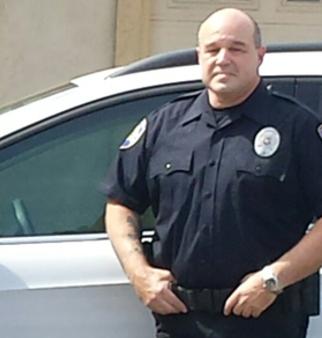 About Us
Protection
Careers
References
Services
Employees
View on Mobile